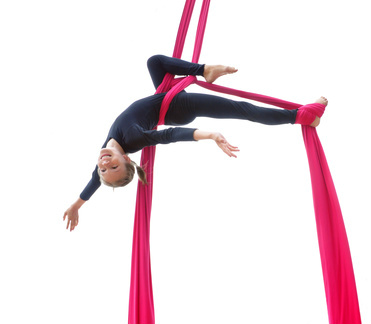 The sixth gift is that of Ruler.  We are told that the sceptre has not departed from the hand of Jesus.  He was meant to establish His kingdom and to rule over it.  That kingdom is in our hearts where we want him to rule over us.

There are men and women who have been given the redemptive gift of ruler, and they are often people we admire because of their ambition and drive and their accomplishments.  They seem to want to conquer the world, and often do in certain ways because they stick to the task and see it through.  They are energetic and inspired to build and expand.

1.  A ruler is task driven.  That means he sees the task before him rather than the people who are there to accomplish the task.  He uses those people, often driving them, to finish the task.  The highest call for the ruler is to become a fathering ruler.  A ruler is a natural leader, and often others are willing to follow him.  Used as God intented it to be, he can rally the troops and lead them anywhere.

2.  A ruler can be demanding and confrontational.  He can use all sorts of people to accomplish the task and seems to have an uncanny ability to decide who would best fit where to get the job done.

3.  A ruler loves to work under pressure and doesn't mind turning up the heat on others.  Because he thrives in a fast paced enviornment, he may be seen as ruthless and unfeeling.  He is not worried about creating a cozy enviromnet, but about getting the job done.  He tends to believe that others are as dedicated to the task at hand as he is, and can be blindsided by disloyalty.  A great deal can be accomplished by the single minded ruler.

4.  A ruler can compromise integrity to get the job done and to use short cuts to accomplish the task.  His deadline is the most important thing, thus he can justify the means to get to the end quickly.

5.  A ruler often builds a kingdom for his family making places for them to thrive within his kingdom.  He can build a dynasty.

6.  A ruler doesn't know when to quit.  One of the best examples of this was Joseph in the Old Testatment.  When he was placed over Egypt before the famine he kept taking from the people and giving to Pharoah until he had taken almost everything.  A ruler is capable of driving too long and too hard and not relenting even when it is not necessary.

7.  England is a ruler nation.  At one time the Union Jack was flying around the world and England was ruling many nations.  A ruler often feels justified in taking over because of their pride and their high efficiency.  A ruler will see ruling as his responsibility because he is good at it.  Rulers, when accused of taking control of other nations will often point to what they did to improve the nation.

8. God's highest goal for the ruler is to become a fathering ruler who cares about the ones he rules and who is just and compassionate.

9.  In the Bible, Joseph was a ruler.      He set about to do the task to deliver Egypt from famine, but he did not seem to be able to comprehend when it was time to stop and rest.  He continued until he had accrued all the wealth for the Pharoah, someting God had not asked him to do.  The ruler's energy and stamina, placed there by God, can be a detriment to his wisdom.

10. The ruler can look at a situation and break it down into systems that are workable and small enough to conquer the task.

11.  The ruler is usually a person others respect, or fear.  He is dynamic and powerful.  He can be intimidating and ruthless.  Donald Trump is a ruler.  Consider how he differs from Bill Gates or Warren Buffet.  Rulers are often conspicuous with their wealth or with their status and power.  They can display a pomp and circumstance that suggests authority and power.  Look at England as a ruler nation with the royal family, the crown jewels, the changing of the guards and so on.  There is a regal display meant for shock and awe.  There was a tv special recently  depicting how British royalty has used extravagant clothing to demonstrate importance and the right to rule.  Queen Elizabeth I was very aware that the  theatrical way she dressed signaled superiority and to her subjects and served to solidify her right to rule.

12.  The ruler is a dominant personality.  Rulers and servants, mercies, and teachers, and exhorters work well together.  The ruler and the giver respect each other, but may spar for control,  and the ruler and the prophets will often clash over integrity issues.  Remember the task given ruler can want to cut corners, while the prophet believes that the means by which things are accomplished are as important as the end.

13.  The ruler is able to establish systems to accomplish his goals.  He can break a vision down into reasonable segments and recreate the model over and over.  He does not have to be the visionary;  he can accomplish the task for another's vision.

Arthur Burk has taught on the seven seasons of the Church that align with the seven redemptive gifts.  The season from which the Church most recently emerged was the Ruler Season.  The Church went all over the world seeking to establish the Kingdom of God on earth with missionaries, outreaches, and building.  That season has given way to the new Mercy season where we are to establish His presence and glory among us as His dwelling place.  This corresponds to the Seventh Feast of the Israel, the Feast of Tabernacles where the Jews pitched tents for Him to dwell in their midst.

1.  Likes to be in charge to "get things accomplished."

3.  Can see where people might fit to get the task done.

4.  May "look" like a ruler:  style, flamboyance, authority in dress.

5.  May skip on integrity to accomplish the goal.

6.  Can work under a huge debt structure.

8.  Not always conscious of the bottom line, since advancing and expanding are primary goals.

9.  Has to work on nurturing; does not come readily.

10. Can be seen as uncaring, ruthless, self centered.

13.Will stay busy all of his life.

14.Others can see and admire the drive.

15.Can accomplish someone else's vision; doesn't have to be his own.

18.Considers disloyalty to him unpardonable.

19.Will not tolerate disrespect from authority over him.

I'm unsure if I am a Mercy Exhorter or Ruler.
I present as all three together.

My email address in sandylandry872@gmail.com. Please write to me if you want to discuss something from the book

May I have your permission to include this story in the book I am writing - crediting you?